This was added in April 2007, according to archive.org, but I'd never noticed it before because it's not linked from the bus maps page: on TFL's 'Visitor maps' page is a really useful "Central London tourist attractions and bus map" [PDF] that provides a stylised map of the major bus routes and the attractions they pass near to. 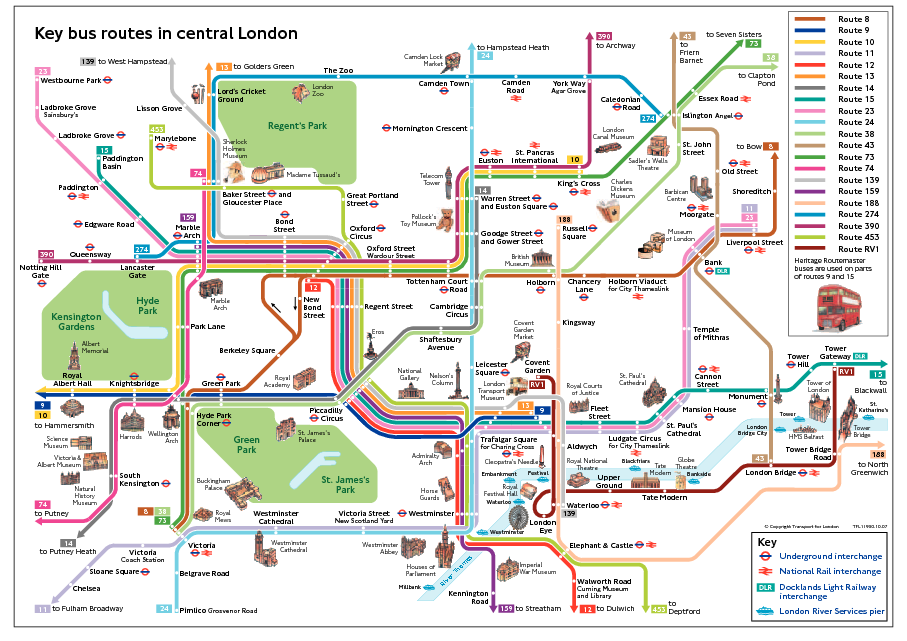 I also found a mobile version of the TFL site, including the Journey Planner (the full version is really awkward to use on a phone).