I ported my Now Playing wall to use Songbird's Webpage API, instead of XMPP. It doesn't do as much as the old version did, because it's harder to query/control Songbird than Amarok, but it works pretty well nevertheless.

Live version (load in Songbird while playing a track; you'll need to give it permission to access your library). 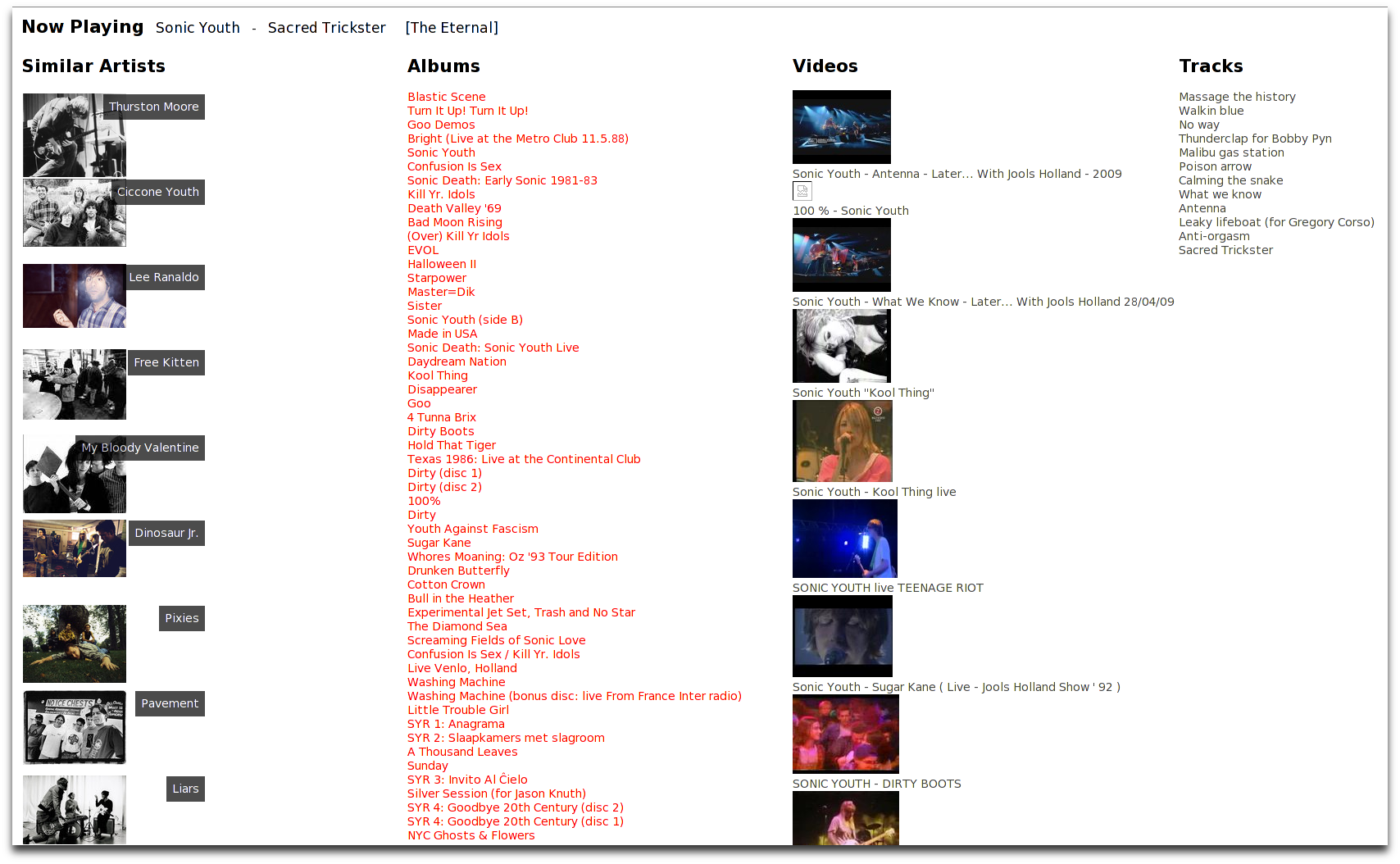 An important part of a recommendation/exploration tool like this is knowing what's already in your local library (though admittedly Spotify is quickly making that irrelevant). I'm integrating it with an Ampache/MySQL database, using Greasemonkey, but obviously that won't work on the web for everyone.